Once More Into The Void is fully funded on Kickstarter!

Thank you so much for your support and excitement for this game! Thanks to you, I'm working with Genesis of Legend Publishing to produce hardcover books of this game, along with stunning new art! I'll also be working with a game design consultant and editor to really help bring Once More Into The Void into its full potential.

Please help us make this a reality! If you enjoyed the game, please let folks know and visit www.kickstarter.games!

For those who have already purchased the game, you will receive the new PDF of the final game when it's available, at no extra charge. Thank you again for your support!

Here is the original description of the game:

We were comrades, we were family.

We were once the heroes of this galaxy. We stood against the tide of darkness and prevailed, again and again. We were comrades, we were family.

But our family fell apart. Our shared past is full of shame, trespasses, and secrets. We parted ways, vowing to never see each other again.

And now, our greatest enemy has returned. Manipulating from the shadows, they grow stronger than ever. No one else believes the threat is real. Only the CAPTAIN has a chance at defeating this enemy, once and for all.

The CAPTAIN will have to bring the crew back together again. But will they go with them into the void once more? Can the crew trust the Captain again, who left disappointment and heartbreak in their wake?

ONCE MORE INTO THE VOID is inspired by the tv show Star Trek: Picard, and the video game Mass Effect 2. One of the players is a Captain who must make amends, face the consequences of the past, and try to bring back together their old crew. Reminisce about the past, fall in love, get in messy entanglements, see if you can survive the final mission!

ONCE MORE INTO THE VOID is based on the brilliant structure of MOBILE FRAME ZERO: FIREBRANDS by Meguey and Vincent Baker. No GM, no prep, just grab a deck of cards and tokens and you're good to go!

The game is best played over 1-2 sessions. Choose from 9 mini-games to play, starting with the RECRUITMENT MONTAGE and ending with the final mission, ONCE MORE INTO THE VOID.

We have actual play videos for you of the game!
Session 1:

ONCE MORE INTO THE VOID is currently being playtested. The game will launch at a lower price to reflect this, but getting it early will help support me and ensure you get the final version of the game without having to pay more later!

Even in it's current state, this game is a lot of fun, highly playable, and a blast with friends and would-be friends!

Hi there, is this games original PDF is available somewhere?

My Kickstarter link did link the game to my Itch account. I can see "You own this game." at the top of the page, but the download page says "Nothing is available for Download yet."

Hello, yes! I'll fix this soon, thank you so much! As a backer you should have access to the latest version of the handouts too :)

Is there a Discord or Reddit community for OMitV?

As far as I know, not yet! I am planning on putting together a Sword Queen Games discord server but it'll be quite some time before that's set up unfortunately.

Okie dokie, thanks for the info.

How do I get a copy of this game?

I'm still working on the final version of Once More Into The Void, but if you'd like to pre-order it you can get it here: https://oncemoreintothevoid.backerkit.com/hosted_preorders

I'll have to check with Jason if pre-orders immediately unlock the current itchio version, I'll get back to you about that :)

Hey! I'm super interested in the game! What's the status on the above question -- does the pre-order unlock the itch version? Or do I need to wait for the final release? <3

Oh please make this available for purchase as an addon for Roll20!

Oh! I've actually never thought about putting up something for Roll 20, I will definitely look into that ❤️👀✨ thank you so much!

The nice thing is that Roll20 has a store for folks and makes it fairly easy for people to find your game and to find people to play with online. I've just started diving into making Roll20 character sheets for a couple of friends and can report that there is quite a bunch of very nice example code and an active user community of people who are making character sheets. The html and css are fairly straightforward with only a few minor changes for dice rolling calls.

I listened as far as "Wouldn't it be great if you could play an RPG about [Star Trek: Picard]", before I simply went back to the game page and ordered it.

This feels really appropriate, I started thinking about making this game while watching the third episode of Picard and finished the game before the fifth episode came out 😭 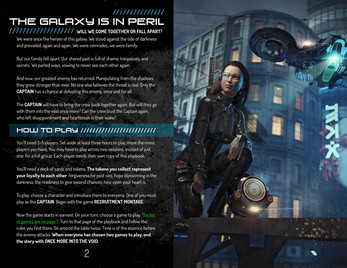 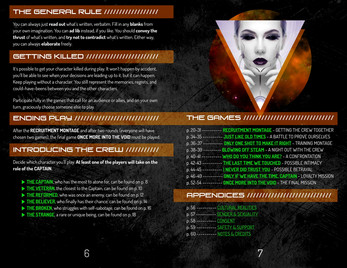 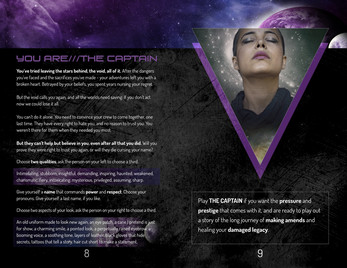 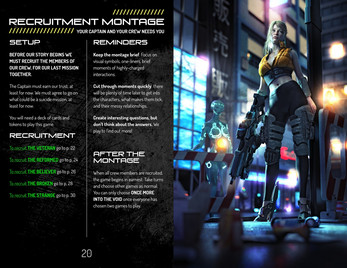 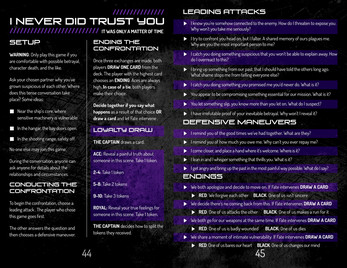