Our Magic Will Kill the Conspiracy

You play as an arcanist, one who breathes and harnesses magic. You are part of a secret magical community. You can see what the mundanes cannot: there are more worlds than this one. There is the world beyond, where beings of pure magic, familiars, and fae creatures dwell in between dimensions. There is the underworld, where demons, werewolves, and vampires stalk the night and mingle in night clubs.

But above all these worlds, is the world of magic. Your world. You and your fellow arcanists rewrite reality, perform your rituals, revel in your magic.

But then, there is the Conspiracy, a shadowy organization of arcanists who seek to manipulate, control, and bleed magic and those who use it. And you have angered them. You have been cast out, declared Oathbreakers, by those too foolish and prideful to see the Conspiracy for what it is.

No one will believe you. You only have each other. Together, you must gather enough clues to destroy the Conspiracy. You must break the Conspiracy before it will break you.

OATHBREAKERS is inspired by the urban fantasy genre and Vertigo comics from the 90s. This game is the demon playing the piano in a rundown bar, the magic that breathes between life and death, the hunt for the truth.

It is also inspired by the tarot, and my 20 years of experience of using it personally and professionally. I wanted to distill some of the creative and intuitive themes of the tarot in a game for everyone to enjoy!

OATHBREAKERS is built on the Belonging Outside Belonging System: this means the narrative always come first. You can choose to have a Storyteller (a facilitator) or play without one. But even with a game with a Storyteller, all players share narrative power equally. This is a game that encourages you to play out your story in the most intuitive and creative way possible.

Instead of tokens, the game asks you to use a tarot deck. Weak moves mean you can draw a tarot card, and strong moves ask you to play specific cards to activate specific moves.

THE UNDYING (DEATH)
Caught between life and death, a listener of ghosts

THE UNTAMED (THE LOVERS)
A familiar who lost their master, a being of pure magic

THE UNBROKEN (THE FOOL)
A mundane who recently awakened, without memories

THE UNFORGIVEN (THE DEVIL)
One who seeks redemption, but are they deserving?

THE UNBOUND (THE EMPEROR)
A former royal, now without legacy or family

THE UNYIELDING (STRENGTH)
A cursed arcanist, their magic powered by a broken heart

The Setting Elements are:

THE UNDERWORLD (THE MOON)
Demons, criminals, sensuality and danger

THE WORLD BEYOND (THE WORLD)
The Fae, beings of pure magic, an in-between dimension

THE MUNDANE WORLD (THE SUN)
The human world, but with magical secrets

THE JUSTICARS (JUSTICE)
Unknowable and terrifying beings, order within chaos

THE CONSPIRACY (THE TOWER)
Greedy, sinister, and all powerful

OATHBREAKERS is currently being playtested. The game will launch at a lower price to reflect this, but getting it early will help support me and ensure you get the final version of the game without having to pay more later!

Even in its current state the game is playable and a lot of fun! There are enough instructions to get you started. The layout is pretty much finalized, but examples of play and narrative guidance will be added.

In order to download this TTRPG you must purchase it at or above the minimum price of $15 USD. You will get access to the following files:

Support this TTRPG at or above a special price point to receive something exclusive.

Hey, I just realized that the playkit materials don’t seem like they’d print very easily - in the original PDF they are 4 page spreads with the 4th page being art, but in the playkit, it’s 3 pages and they start to overlap it you’d print the playbooks.

Could we get a playkit version with printable playbooks please?

What does "A Sword Queen Game" mean?  Is this part of a series?  Is this a complete game in and of itself?

Hi! This is a complete game, but it's not the final version of the game! Completely playable though and I've heard of a lot of folks having fun with the game.

This game made setting elements so much easier to understand!!! And I love the worldbuilding so so much.

Ah thank you so much! I had so much fun working on the Setting Elements for Oathbreakers!

How's development of the next version going? I'm finding the current form very hard to read re: the core mechanics / gameplay loop.

Development is coming along but it'll be a while yet till the next version is out! In case you're not familiar with the Belonging Outside Belonging system (also known as No Dice No Masters) you can check out Dream Askew, my other game BALIKBAYAN also has examples.

I also have a video up of one the playtests (unfortunately the thrilling climax got eaten up by recording/internet issues but I may still upload it in pieces anyway.):

Thank you so much for that offer. Let me have a more thorough read and review of that video. If I'm still stuck, I'd appreciate the help :)

This is like aesthetic wise one of the most like bleeds on its edges per spread BLEEDS BLLLLLLEEEEEDS!! BIG ASS JAMMI ENERGY

Reply
Ember and Ash2 years ago(+2)

Another stunner - conceptually and visually - from the Sword Queen!

aaaaaa thank you so much 😭 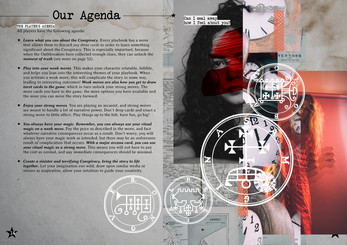 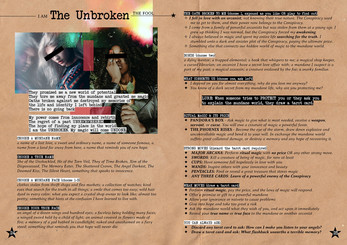 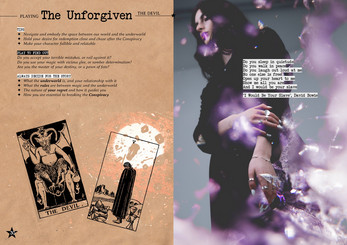 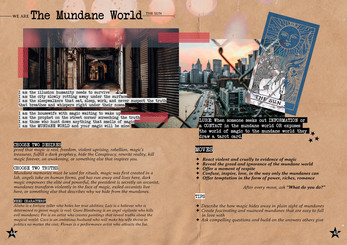 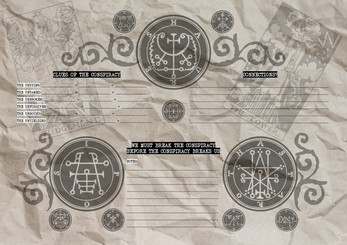 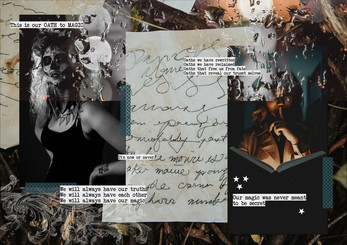